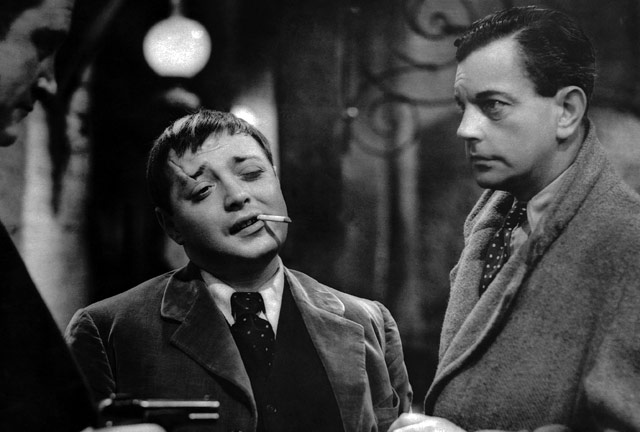 Ask who the most influential film director in the horror genre is and it’s pretty certain that one name is going to loom over the Carpenters, Romeros and Del Toros and that name is Sir Alfred Hitchcock. Hitchcock’s technique of layering suspense and anxiety over a story through meticulous visual storyboarding, innovative camera work and precise film editing almost make the viewer an active participant in what is taking place to the characters on the screen as the movie draws to its frequently epic set piece conclusion.

Having said that there are relatively few of Hitch’s movies that fit conveniently into the horror pigeonhole, most could be more aptly described as psychological thrillers albeit often tinged with his own macabre sense of humour and love of practical jokes, but nobody can question the place of honour belonging to Psycho and The Birds in the pantheon of most influential horror movies of all time.

So no apologies for taking time out to view these three early Hitchcocks, released on January 19 as part of Network’s The British Film series. We will take a look at Young and Innocent (1937) and The Lady Vanishes (1938) in later posts, but here we kick off with The Man Who Knew Too Much (1934), which is the only one of his British films that Hitchcock ever remade in Hollywood.

Opening with a typical Hitchcock twist we find Jill (Edna Best) and Bob (Leslie Banks) Lawrence on holiday in Switzerland with their daughter Betty (the remarkable Nova Pilbeam, remember her name for later) where they befriend Louis Bernard (Pierre Fresney) who turns out to be a secret agent. When Bernard is shot and lies dying he whispers to Bob the whereabouts of a secret document concerning an assassination attempt on an unidentified European leader.

This is where it all goes horribly wrong for Jill and Bob. As they are questioned by the local police a mysterious stranger telephones with the chilling message that if they breathe a word about the document they will never see their daughter again. Returning to Britain Bob and his pal Clive attempt to track down the kidnappers, rescue Betty and foil the gang’s plot to shoot the European leader during a cymbal crash in the crescendo of a piece of classical music during the set piece concert at the Albert Hall.

Even in this early British film there are recognisable Hitchcock twists and visual gags: he end of an unravelling scarf is tied to Bernard’s jacket as he asks Jill for a dance and tangle around the dancers legs; a locomotive hurtles out of the screen at the audience only it turns out to be a toy train set; a gun barrel emerges from behind a curtain and a familiar fat man walks past a pillar box outside the kidnapper’s lair. It also marks the debut of Hungarian actor Peter Lorre in an English-speaking film as the villainous gang leader.

Now having watched the original I had to dig out the remake from 1956. James Stewart and Doris Day play the holidaying couple whose holiday to Morocco is ruined by the stabbing of Louis Bernard in the market place at Marrakech and the subsequent abduction of their son. Once again the action moves to London for another big set piece assassination attempt at the Royal Albert Hall. In reply to Francois Truffaut’s assertion that the later version was better Hitchcock replied: “Let’s say the first version is the work of a talented amateur and the second was made by a professional.” Personally for me it’s a close run thing, the remake may be a more technically accomplished film with an Oscar winning song in Que Sera Sera, but it really does not have the same charm of the original picture.

Introduction by film historian Charles Barr
Alfred the Great: An edition of the 1972 ITV arts programme Aquarius with Hitchcock being interviewed by Humphrey Burton
Image gallery