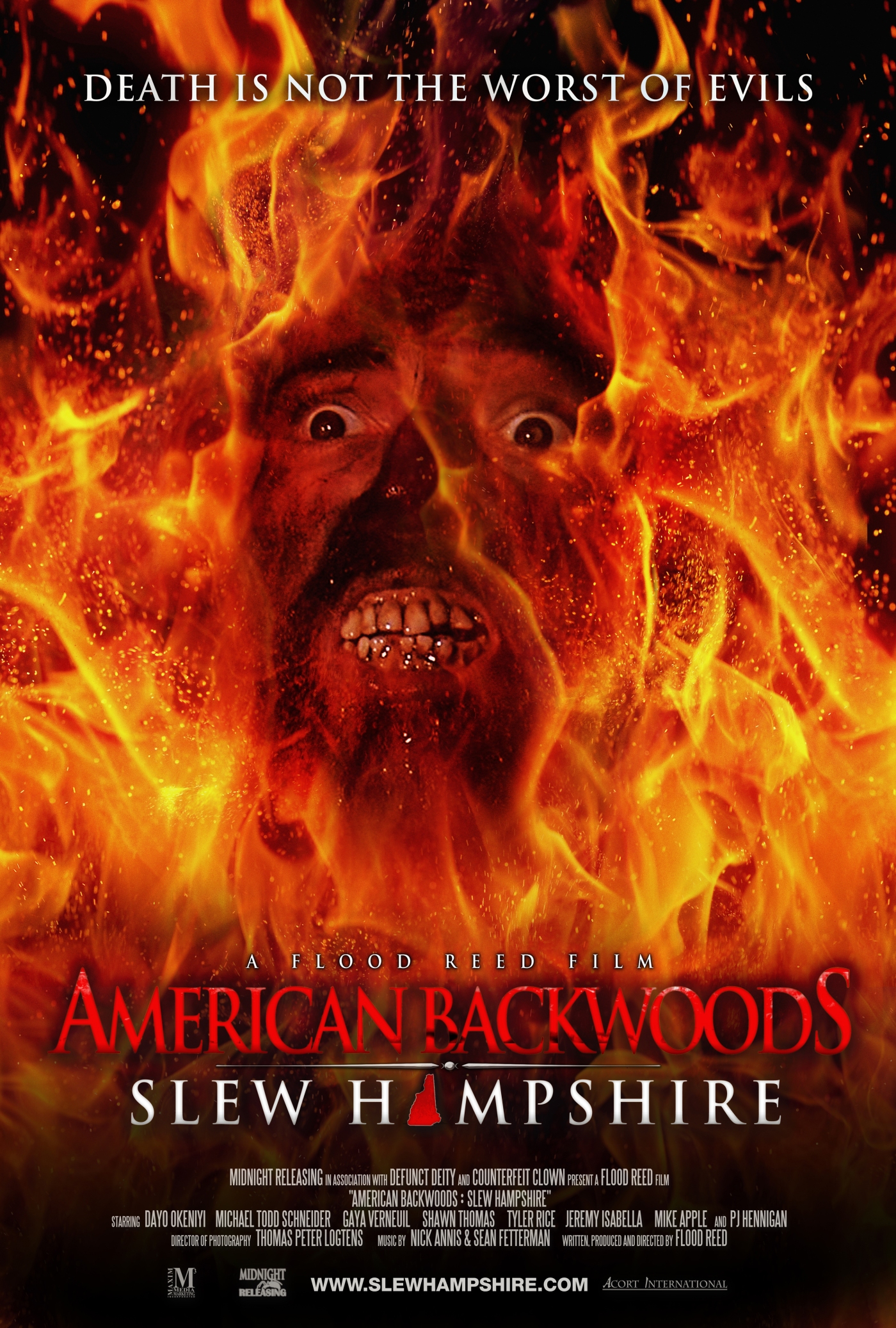 ‘The film that you are about to see is based upon actual events’, oh no not again I thought as the ground was laid with news coverage of a trail of serial killings and mutilations from the Canadian borders into New England in June 1994. Flash forward to October 1994  and Buddy (Shawn Thomas), Dude (Tyler Rice) and Kid (Jeremy Isabella) have just graduated High School and are off to have a legal drink and chase girls over the border in Canada where youth can be trusted with a drink at 18.

On their way to the promised land of strip clubs and cheap beer they pick up old school buddy Bro (Dayo Okeniyi) from his Ivy League university  Stopping to buy petrol the lads are warned about an evil native American spirit called the Eto Leechee by a bloke who drives a pickup truck, which is never a good sign, just as the gun totin counter jockey gives them directions. They never learn do they?

Well we knew when we signed on with American Backwoods that it wasn’t going to end well for the lads and when they have a little accident with their Volvo (what is this thing about victims driving Volvos in slasher pics lately?) two of them end up at the mercy of a gang of brutal backwoods redneck rapists, while the other two end up facing whatever it is out there that is predating on unsuspecting travellers.

Cards on table, I’m not mad about the kind of movies where naive city kids, find themselves being menaced by the yokels, but American Backwoods throws in a novel twist on the basic Deliverance scenario as both the kids and the rapey rednecks end up being brutally hunted down by the mysterious others, Desperate circumstances like these begat odd alliances, as former enemies find themselves bound together by a common savage foe, but betrayal is never far behind as they seek a way out of the situation.

Brutal, bloody and shocking with a different kind of twist American Backwoods will appeal to fans of the dangerous wilderness genre. The rednecks are suitable menacing, while the boys the standard mix of naivety and obnoxious, I won’t say anything about the others, other than that they would seriously devalue your house  if they moved in next door. Not really my cup of steaming hemlock I give it a 444/666

American Backwoods: Slew Hampshire is availiable in North America on DVD and as a VOD from: Amazon Instant, Itunes, Google Play, Vudu, Vimeo and Hoopla. No details for Europe and the UK at present.