Cult Industrial band Machine Rox have got together with filmmaker Samantha Oči to create a piece of beautifully dark and powerfully feminine imagery for their track Seawitch.

The inspiration for the Seawitch video comes from Ariel Undine (AKA Stardust Siren of Machine Rox) who told us that: ‘Medusa and other mythological subjects have always fascinated me and I like to inject them into my music. The Siren’s scream interwoven into music for me, is very hypnotic. The Mermaid theme has always worked with my music because it’s like casting spells; Mystical, and a transformation with each video, to show the different sides of ourselves. Ever flowing, ever-changing, like water. 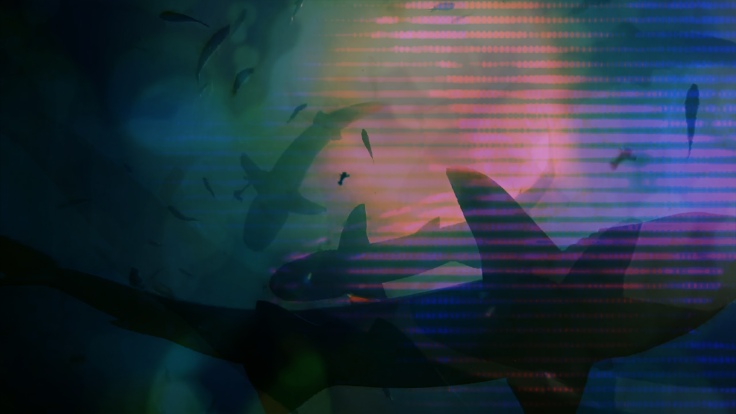 For me, the intensity of the lyrics more reflects releasing your inner power, be fierce. The lyrics “More like a dark Shark than the girl next door” means owning your power as a woman to be bold and take risks. But metaphorically speaking Seawitch is all for theatrics. To express yourself and not be afraid to dare to be different. We live in a society that is totally judgmental and that stops the creative flow. When I sing “scream of the Siren’s take control as the Mermaids voices steal your soul”, it reflects the power of the depth, like an ocean wave to carry you to feel something.

It’s all about self-expression and transformation; like a chameleon. With themes and costumes I want to show different aspects of myself and not be afraid to express it.’ 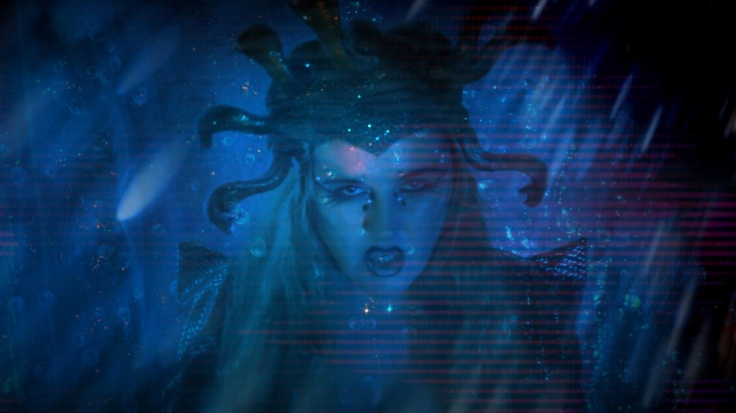 Filmmaker and Seawitch director Samantha Oči was intrigued by the Mermaid and Siren concept, and was really excited about collaborating with Machine Rox on the project.

‘Anyone who knows me,’ Samantha explained: ‘is aware of my attraction to the dark, mystical and often surreal side of film-making, so when Ariel approached me to collaborate on this project, I knew that this would be ‘right up my street’. I’ve had the pleasure of getting to know Ariel well over the last couple of years, and she lives and breathes the character of the siren. She’s a true creative spirit. I’m also very excited to be collaborating with Machine Rox on a future music video.

Seawitch will be the fourth music video I have directed and edited, and I’m currently in the edit with a short film/music video called Divisus. I take every video or film as a great opportunity to improve technically both when directing, and when editing. Seawitch was filmed on two cameras, the Canon 5D Mark II and the BlackMagic URSA mini 4.6 K. For some of the scenes, I used the Lensbaby to help capture the hypnotic underwater feel of the video. I love the effect that the Lensbaby had on the lights and Ariel’s glittery make-up. I feel it really worked for this video. Post-production was completed on Premiere Pro 2018 CC.’

Seawitch was taken from the Machine Rox EP Siren’s Spell, to be released in October 2018. Lyrics and Vocals by Stardust Siren, Guitar and Production by Silverman (Machine Rox).

Machine Rox will be playing the Black Celebration at the O2 Forum Kentish Town London on 28 October 2018, with further events in Leipzig (Germany) 9 February 2019, and Renaissance festival London 2 March 2019.